DAP cybertroopers and my Chinaman

I had actually wanted to write about the importance of our national flag for this posting. That incident on Merdeka eve where our Jalur Gemilang was insulted by the Bersih hooligans made me quite angry. Don't those punks realized that people do die defending their country's flag? I had wanted to write this posting based on a classic American novel which I first read in school - The Red Badge of Courage

Then again, I think such an effort would be wasted on them. The way they behaved that night, including resorting to vulgar and uncouth acts on the pictures of the PM and his wife indicated that these are people of very poor upbringing and possess no ability to appreciate subtlity or kind nuances to correct them.

Having said that, I would like to stress here that their acts that night was simply indefensible. I could sense that the Pakatan cybertroopers being at loss at how to defend these fellow minions of their parties who hide behind the Bersih masks.

Anonymous1 September 2012 21:43
Wah, equating Ambiga with a snake...hmmmm, typical closet racist and still pretend you are dating a chinaman....shy lah.....
Anonymous2 September 2012 11:45
Yeah i suspected for awhile that the Chinaman dating story was invented too...

But just let Big Cat maintain this cover la for his/her blog. It's entertaining and fun to visit.

First of all, what is it that makes me a racist when I equated Ambiga with a wriggling snake? She did behave in such a snaky manner whenever her Bersih minions misbehaved, trying to blame others for it all. What? Ambiga is an untouchable is it? She can't be criticised at all and those who do so is a racist, is it? Had she attained some sorts of a divine status like that CM Lim tokong in Penang?

As for the allegation that I pretended to have a Chinese boyfriend...well, that's getting a bit too much. Actually, I don't really have to answer to it, as it's none of their business. However, just for the sake of others who may doubt me, let me revealed here that the email, I posted here

A message from a Chinese school graduate

is actually written by my Chinaman. He requested for me to post it in my blog in defense  of his beloved school. That was before I made it known to readers of this blog that I am dating a Chinese. Well, anyway, if I can faked that email, then I must be one hell of a cybertrooper, aren't I? Well, it's up to you all to judge. If you think I am fake, you all can just stop reading this blog.

Oh, by the way, my Chinaman looks very much like this guy - 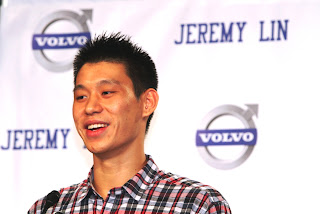