When I posted this earlier in the week -
Mersing will never be neglected
I was actually consoling myself and hoping that some sense will come out of the whole thing. I was actually buying time for the truth to come out.

The Mersing Laguna project was supposed to be the catalyst for development in Mersing. The district is probably the least developed part of Johor. 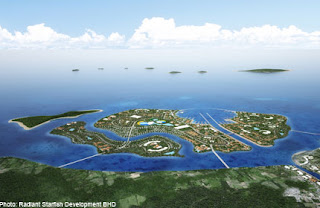 When it was made known to me that the project had been cancelled, I tried very hard to find out what had really went wrong. The answers I got were very upsetting and they made me so angry that I do not wish to believe them, let alone write them down here. They were actually seditious.

I had told myself, that I need to let it go on this one. Let Johor MB Datuk Abdul Ghani Othman handles the whole thing instead. The project was one of his favorites. Something he could had given for the future of people in Mersing before his retirement.

I have always trusted Ghani, and for this one I would leave him to decide....so I thought.

However the feedbacks I got over the issue  made me very upset for a second round. The one that made me most angry is the argument that the project was not viable, that we Malaysians can never achieve such ambitions, that the project can never be suitable for our country, etc etc.

Well, studies on the project had been thoroughly done, and everything were in place. What could had gone wrong? Did Ghani want his reputation to be tarnished by backing such a huge project just for the heck of it? I can't help but to think that the whole thing got something to do with an effort to end Ghani's tenure as Menteri Besar. Well, if that's the case Ghani should just tenders his resignation NOW. He shouldn't be the reason for Johor not being able to move forward....if that's the case lah.

Here, PM DS Najib Razak needs to stand his ground. The most important thing is for Johor to progress. He simply has to do the right thing. Otherwise, this whole thing will turn into a precedent whereby no investors will want to come to Johor.

Ok, talking about mega projects like Mersing Laguna which people said were not viable for this country, here are a few which were also not viable....so they said.....

1. Penang Bridge - The father of the current Penang CM was so against it back then that he once threatened to jump off it if it's ever be completed....so I was told la...true or not, I'm not sure.... 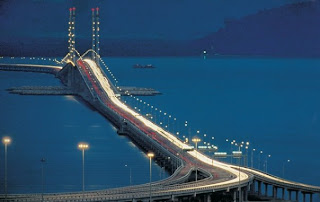 2. North-South Highway - The father of the current Penang CM was so against it that he only drives his car through trunk roads and avoid the highways till now....I think...I might be wrong...you all go and ask his handsome son la about this. 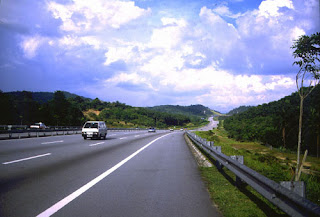 3. Kuala Lumpur International Airport - The father of the current Penang CM was so against it that whenever he needs to fly overseas, he would drive down to the Changi Airport in Singapore (through the trunk roads and avoiding the highways)...I think...I could be wrong.... 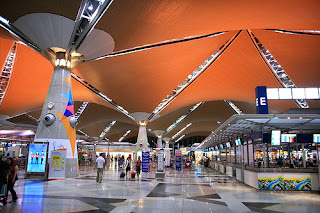 4. Putrajaya - Pas was so against it that one of their current vice-presidents once told everyone that once the party come to power, they are going to sell the whole place to Brunei royalty....I don't think Anwar like that idea very much now....but who knows.... 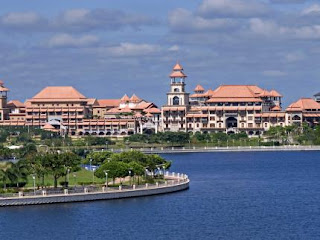 5. KLCC - The project which no one really believe could be done in this country. So out of this world that nobody dare to say anything least the one who open his/her mouth sounds like a donkey. 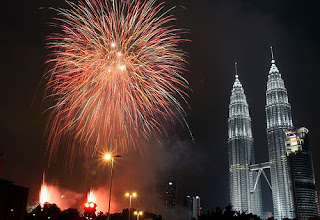 It has been proven over and over again that this country can achieved miracles, that no one dare to bet against us....but, now I don't know lah....
Posted by BIGCAT at 00:37