Waiting and thinking of Muslims

Sitting quietly with a book and this laptop at this new place of mine. The room I'm renting is next to the kitchen and has no attached bathroom. But ok la for Rm300 per month, the same as my place in JB. 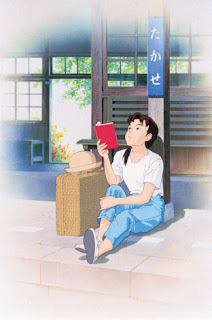 I'm actually waiting for my Chinaman to pick me up for lunch. The fella was still asleep when I called just now. Really useless.

Been searching for something significant to write about but couldn't find anything really interesting. Most are the usual stuff.

Even the images of Nik Aziz stepping on pictures of the American flag and president doesn't really drew my interest. That one normal lah. What could we expect from Muslims such as the Pas leaders. It's the only way they can express their anger towards the Great Satan.  As if the Great Satan care at all about the whole thing.

To me such symbolic acts and gestures only signify Muslims impotence in the face of their enemies. They serve no purpose at all other than showing others that Muslims are so hopelessly weak that all they can do are to scream and shout their anger without being able to do anything about it. And then there's Nik Aziz's call for Muslims to boycott American-made products and brands, which I find rather silly as I had heard this call since many years ago. It's lame and never works, ok? Anyway, there are not that many real American stuff to boycott anymore. Most are made in other countries. Nike is made in Indonesia, ok? Levis is made in Thailand.....errr, Apple products are made in Samsung factories, I heard.

Why can't Muslims instead get together and plan on something smart to get back at their enemies....like improving themselves to be on par or better than their enemies. We shouldn't be lowering ourselves to the level of the scums that attack us, I think. I think that's the way of the handsome old man Dr Mahathir....you want to fight, make sure you are capable and equipped to do so.

For once, I'm rather ok with what KJ and gang did on Friday. If we still want to vent our anger, let's do it in a rationale manner at our own place. Muslims gathering at mosques and holding special prayers in protest is better than behaving like monkeys. We don't really have to showcase to the world our own weakness. UNLESS OF COURSE THE WHOLE THING ABOUT SHOWING OUR ANGER IN FRONT OF THE US EMBASSY IS JUST TO SHOW HOW ISLAMIC WE ARE SO THAT WE CAN GET MORE MALAY MUSLIM VOTES IN THE COMING GENERAL ELECTION. Well, let Pas continue with that. Good Umno people should know that they are better than that.

Anyway, I'm trying to practice the same principle of being cool in dealing with my detractors in this blog. I need to restrain myself from reacting to these sorts of provocations -

Anonymous21 September 2012 23:33
Big Cat, "lots of responsibilities to fulfil and they put a lot of strains on my finances".

What about the rest in your family, well we can leave out the nutter but the rest? Don't tell me they are leachers and penniless church mouse. Well there is pejabat kebajikan and zakat for people like you.


Yes, I am particularly sensitive about people insulting my brother because of his mental condition, but I guess that's the way it is with these DAP cybertroopers. They respect no rules of engagements.

Good also, it shows the other readers of this blog what type of people they are. Even my Chinaman who is partial to DAP was quite upset when he read such personal attacks directed at me by those cybertroopers. He feels that I have been quite restrained even in my postings about loathsome DAP personalities such as Guan Eng. He said I just mostly made jokes about Guan Eng more than anything else and the DAP cybertroopers should not need to make personal attacks at me.

Well, I am not asking for sympathy. They can continue with it and I will still let through their comments. I think it will be a good practice of self-discipline for me. And I believe it will make me a better person than those people who made such personal hate comments towards me.

Errrr....the guy here already....waiting outside the house. Need to go now. Hope you all good people have a pleasant Sunday.