What education means to the Chinese

Malaysia, a Malay majority country is the only country in this world other than China and Taiwan which has a proper Chinese education system.

Not even an overwhelmingly Chinese majority country like Singapore has that education system.

The root of Chinese education system in this country could be traced back to those harsh years of upheaval at the end of the Qing dynasty and start of the modern Chinese republic at the turn of the 20th century.

When the Chinese started to migrate to this country due to the harsh living condition in their homeland at that time, the Malays, typical of their amiable ways, hardly objected. After all, the land was rich and resources were plenty. What is wrong with sharing? That was the ways of the Malays. Under the colonial yoke of those days, the Malays were poor and so did the migrant Chinese.

Those early Chinese migrants, who were mostly tin and plantation laborers set up their community and develop other sectors of their social economy. They worked really hard. Trade made them relatively prosperous while the friendly natives never interfere with their cultural and religious practices.

In a short period, the Chinese, who were never forced in anyway to shed their racial identity like their brethrens in other South East Asian countries were the second most prosperous community in the country, just a rung lower than the colonial masters. 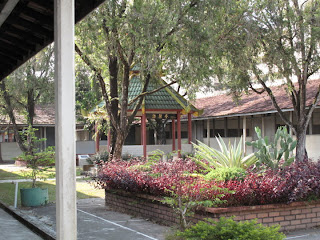 When the country achieved its independence, the government did try to merge the Chinese education system with the national system much to the unhappiness of the Chinese community. Their protestation was understandable as their education system has been around for so long and they had built it with so much of sacrifices and hard work. You can read how they had build those schools here -

A message from a Chinese school graduate

The country's founding fathers recognizes this wish of the Chinese community and they relented. It has always been the Malaysian way till now not to force anyone to change their religious or racial identity.

Even as the authorities in neighboring Singapore cracked down on the Chinese educationists due to their leftist leanings in the 1960s and 1970s, those in this country never did so as they feel that the Chinese education system produces more good Malaysians rather than troublemakers. 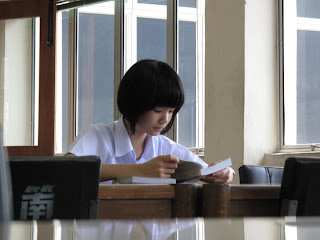 Malaysia, along with most of the South East Asian countries at that time belong to the Western bloc of the Cold War era. It fought a long hard Communist insurgency which was backed by China. Yet, Malaysia was the first to extend a friendly hand to China when then PM Tun Abdul Razak visited the country in the early 1970s.

The Chinese remember this, and Malaysia had since been a trusted friendly country, even more than Singapore which is runs by ethnic Chinese. After all, Malaysia has never been too overtly pro-West like Singapore.

When Singapore tried to switch its Anglophile image and assert more of its Chinese heritage, China view it with much suspicion. These Singaporean Chinese had after all uprooted the soul of their community which is the Chinese education system just due to political expediency.

They had done so, so that they can be like the Western ang moh at that time - rich and progressive. They see the mainland Chinese as poor, backward and run by an authoritarian regime. The white men are GODS. Everything western are good. Even the girls think that white men are better than Chinese men. At one point, it was even fashionable to have a white boyfriend.

Now, with China set to become the biggest economy of the world, the ang moh Singaporean Chinese are starting to learn mandarin again - with much difficulty that is. Lee Kwan Yew had in his latest memoir suddenly regretted his decision to suppress the Chinese educationists and choked to death the Nanyang University. He wished to turn back the clock and corrected where he had went wrong before he died. Well, too late old man, what is done is done. Once you betray your heritage, your ancestors will curse you. 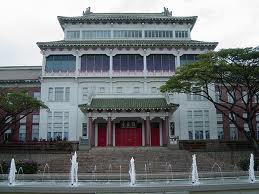 Back in Malaysia, no past leaders need to regret letting the Chinese schools to stay. They enrich our country as part of our cultural diversity. The Chinese of this country and those of the mainland China will remember this - Malaysia, is the only country not part of the Middle Kingdom where the Chinese can retain their heritage as the way they are because this country, since its independence had been governed by sensible leaders.

For those who want to know more what education means to the Chinese, look out for these series of excellent BBC documentary about schools in China. I put a sample of the first part of the series here. For the rest - google "Chinese schools" and you will find them on You Tube.