My bet for now is that I am going to be disappointed.

JOHOR BARU: A former senior vice-president of an Iskandar Investment Berhad (IIB) subsidiary was fined RM20,000, in default two months' jail, after he pleaded guilty to a charge of corruption at a Sessions court here Wednesday.
The 51-year-old man's identity has been withheld as he is assisting the Malaysian Anti-Corruption Commission in several other cases involving the IIB.
He was charged under Section 132(2)(b) of the Companies Act, and paid the fine.

Why is Star reports on this is so short one? Is it because of  this "exclusive" ?

KUALA LUMPUR: Two former directors of Iskandar Investment Berhad have been arrested for alleged graft as the Malaysian Anti-Corruption Commission stepped up its investigation of the company's RM2bil package.
The duo, in their 40s, are expected to be charged in the Johor Baru magistrate's court today with corruption involving about RM5mil in connection with the construction of a highway and a boarding school in the Iskandar region.
The RM124mil highway and RM40.8mil school are part of the 3B package and the two were chief executive officers of IIB subsidiaries involved in the projects.

Yet, what happened today must have really signaled a warning to those involved in the development of Iskandar Malaysia - do not mess around.

This was what had happened -
JOHOR BAHARU -- The husband of former Iskandar Investment Bhd (IIB) chief executive officer pleaded not guilty at the Sessions Court here today to three counts of soliciting and accepting bribes to help a company secure a school construction tender last year.

On the first count, Mohd Amin Suhaimi, 52, a private company director, was charged with soliciting RM816,900 in cash from Detect Engineering Sdn Bhd director Mohd Hassan Madon, 48, through middleman Mohd Iskandar Fahmi Abdullah, 52, as inducement to help the company secure a tender from IIB to build a secondary boarding school on lot PTD 154971 in Mukim Pulai.
He was alleged to have committed the offence at the Grand Paragon Hotel in Taman Century about 5 pm on April 22 2010.
The second and third counts involved accepting RM500,000 and RM316,900 in cash from Mohd Hassan, through Mohd Iskandar Fahmi at two different locations, as fees for securing the same tender from IIB for the RM40.8 million project, on June 4 and 9 respectively.
The charges, under Section 16(a)(A) of the Malaysian Anti-Corruption Commission Act 2009 provides for up to 20 years imprisonment and a fine of not less than five times the bribe amount or RM10,000 whichever was higher, upon
conviction.
Judge Mohd Nasir Nordin allowed a bail of RM100,000 with one surety, ordered Mohd Amin's passport to be impounded and fixed Jan 27 2012 for remention and March 5 to 16 for the trial.
Malaysian Anti-Corruption Commission DPP Abdul Ghafar Abdul Latif prosecuted and the accused was represented by Shamsul Sulaiman.  -- Bernama

What is going to happen to IIB former CEO Arlida Ariff? Honestly, I don't know. 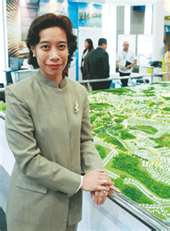 When rumours of serious corruption within IIB first came into the open middle of last year, I remember worrying about it. Things within the organisation at that time had started to sour with various allegations of favouratism and victimisation with the culprits being a bunch of people identified as "the inner circle".
My checks then indicated that the allegations were really serious, and true enough, several weeks later Khazanah send in the E&Y people to do an independent audit.
It was believed that Khazanah had done so due to pressure from "higher up". I had at that time suspected that the Johor State government got something to do with it. MB Datuk Abdul Ghani Othman was known to be worried about what were happening.
That was when IIB middle management staff started to bail out by the dozens. These people were not guilty of anything, but simply want to get a fresh start as things seems to have reached an intolerable level in the organisation. These are the core workforce of IIB at that time.

When Azman Mokhtar called for the IIB town hall session at Persada in October last year to announce Arlida's departure, it confirmed my worst fear.

One of the things which caught my attention about Azman's speech that day was that he had not shown any sympathy towards Arlida, which was so different compared to when he announced the departure of Arlida's predecessor Dr Iskandar Ismail. He had at that time literally shed tears for his Macoba buddy (I am not kidding you). Arlida is by the way an alumni of Tengku Kurshiah College.

If not for the superb handling of the issue by the then IIB's corporate comm team at that time, the whole thing could had been a major PR disaster for Iskandar Malaysia. I remember cursing the Khazanah media handlers for tai-chiing the whole thing to their IIB counterparts and pretended that their bosses got nothing to do with the mess.

Arlida had since joined Karambunai. IIB, under their new CEO Syed Mohammed Syed Ibrahim have been very quiet. Honestly, I am not really sure what they have been doing the past one year. Most of their activities and important annoucements were apparently decided and made in KL In fact, if you are to google Iskandar Investment Berhad CEO, the search result may initially make you think that Arlida is still heading IIB.

It's almost a year now since Arlida left IIB. Many believed that the whole thing had gone cold. Apparently not so, based on what happened to her husband today.

Personally, I like Arlida. She knows her stuff well, a friendly person and known to be ever willing to help those who are in trouble. Despite the allegations, IIB had done considerably well, especially during the early period of her tenure as CEO. My two favourite IIB's initiatives started during that time were the EduCity and Legoland projects. 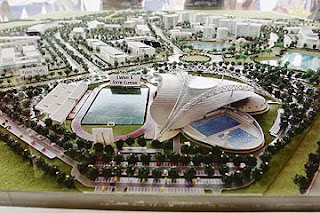 But, the law must be above everyone. If there is any evidence against her, then Arlida need to answer for it. So does others who are implicated in the alleged wrong doings. I hope the investigations go all the way to even the level of Khazanah BOD. Let every single guilty person be punished.

I pray that no one be turned into a scapegoat so that others who are guilty may escape the law.

This case should be an opportunity for the government to prove that Iskandar Malaysia is a place of good governance and that investors as well as the locals there need not worry about any hanky panky among the authorities.

To my friends who are still with IIB, do not despair due to this, continue to do your honest hard work and all the best.

To those at Iskandar Regional Development Authority (Irda), please learn from this.