The good people of IIB and some questions

A friend called me this afternoon and among others we chit chatted about what is happening to his former work place; Iskandar Investment Berhad (IIB). 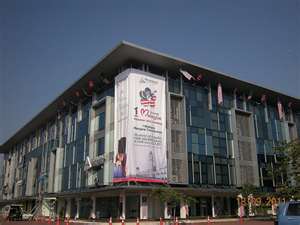 My friend, who is among the pioneers of IIB sounded quite sad.

"I feel sorry for our friends who are still in there (IIB). They must be quite anxious now. It's so unfair. Now every one of us are tarnished by this corruption case," he said.

"Looks like I have to take out IIB from my CV," he half jokingly added.

My friend was among the large group of mid-level management staff who left IIB last year. At that time he told me that he can't stand anymore the antics of a group whom he called "the inner circle".

"If only Arlida had stood up to them," he said, in reference to former IIB CEO Arlida Ariff whose husband was charged with alleged IIB-related corruption several days ago.

Then my friend pointed out something which have been bothering me all along.

"How come no one really linked all this with Khazanah?" he asked before proceeding with several other questions.

"All those people in the inner circle, aren't they appointed to their position by the Khazanah board of directors? I know one of them who started as an assistant vice president and within just over two years had become a director and heading one of IIB's major projects. The guy is just a marketing person and has no technical background. What were the Khazanah BOD thinking when they appointed him? Or was there something else behind it?"

"Another thing is that the E&Y people were send in by Azman (Mokhtar). How sure are the MACC that they did not cover up for Khazanah?"

Seriously, I had these doubts also about Khazanah back then, especially when I observed the manner of how Arlida was told that her services were no longer required by IIB. The way Khazanah distanced themselves from IIB at that time piqued me. I still remember how the Khazanah people washed their hands off the whole thing. What actually made me angry with them at that time is the fact that everytime IIB did well previously, they would had always been there to share the limelight.

Only the valiant effort of the small IIB corporate comm team at that time actually saved the day. Otherwise the whole thing could had been a media feeding frenzy with severe consequences on the whole of Iskandar Malaysia. The present IIB comm team (and Irda's too) should learn a thing or two from their predecessors in handling the current situation.

For instance, they should already have a plan to counter the front page "sources" stories on the IIB issue which appeared on several newspapers today. They should know by now where the sources of those stories came from and whether they are real or insidiously planted to confuse the public into believing that the whole corruption case is just confined within IIB.

As it was with my friend, I am actually symphetatic with the rank and file of IIB. I had the previlage of working closely with them once and I found them to be good people. Most were genuinely passionate about the development effort they are part of.

"We are building a whole new metropolis for Johoreans, how nuch more exciting it can be," said a bubbly young IIB lady as I had lunch with her team members at a riverside restaurant in Pendas Laut, Gelang Patah. That was about three years ago.

Honestly, at that time I found them to be very professional and much easier to work with than most people of other government agencies, including their "sister" Irda.

I really hope the best for these honest workers of IIB, present and past. If you all are reading this - please be strong and believe that God is fair. You all need not worry if you have done no wrong. Cheers guys and gals.
Posted by BIGCAT at 22:09