I always want to believe that I am brave but compared to this Benchmark fella, I am nothing lah. His/her take on the Khazanah-IIB fiasco was really an act of... 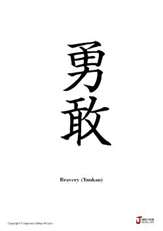 I was at awe when I read this posting

Save the Sultan, Nab the Boys.

There was a mention of one Datuk ZZ being up to no good in that posting...it reminds me of this previous posting of mine A very sad day .

Suddenly, I feel that  I need to apologise to Johor MB Datuk Abdul Ghani Othman for doubting him.

You all connect the dotted line yourselves la. But do be careful. Don't end up being seditious ya.

Meanwhile, my postings on the Khazanah-IIB corruption issue have so far resulted in three very interesting comments -

Funny enough BigCat...you put the map of Medini in this writeup. Perhaps you might want to find out more on how the Medini land deals were structured with the Arab Consortiums and a Sri Lankan individual, who hides behind few companies registered in British Virgin Island. How the hell Khazanah signed the deal with these suspicious companies is a mystery.


You will find out that the deal involved:

1) I sell to you Medini land at x dollar, but you can sell back to me at x+y dollar. (Never mind if you make profit y dollar from me atas angin).

2) When I sell to you at x dollar, you pay me in many INSTALLMENT over few years. But when you sell back to me at x+y dollar, I IMMEDIATELY pay you cash. (Never mind if you actually RECYCLE my money to pay me as the original land owner).

3) In addition, if you feel that you cannot make 20% profit from the land plots, you can return the land back to me, and I pay you higher at x+z dollar. (Never mind if you actually pass all the business risks to me because I am stupid).

3) Together we create many vehicles to undertake projects on Medini, we use government money to fund those projects, either using grant of soft loans. (See, the government cannot let us fail).

Let's not kill the excitement BigCat. You need to do some investigative journalism. Ask MACC if they are aware about this. By the way, all these agreements were signed by Khazanah people on behalf of IIB.
28 December 2011 21:31


The Khazanah people, especially Azman Mokhtar, should know that MACC is hinting something - they are now going through the files of all agreements signed by Iskandar Investment Berhad with foreign 'investors'. All these deals were signed by Khazanah Nasional on behalf of IIB.

Those who were called by MACC over the last 6 months were not only IIB staff in charge of procurement, but also staff who are in charge of corporate matters. And boy, MACC themselves were shocked on how much were revealed to them. Can't blame those IIB people, they were interrogated like criminals.

Many of IIB deals were lopsided, giving advantage to foreign investors. And yes, what MACC meant with "foreign agent" is a guy by the name of Imran Markar - a Sri Lankan who lives in Dubai and London. He claims to be a good friend of Azman Mokhtar, and he sits in the Board of three companies - Medini Iskandar Malaysia S/B, Global Capital and Development S/B and Medini Central S/B. And he also the benefiary of Terra Lumina S/B. All these companies are vehicles of Medini land sale. With the profit sharing, dividends, marketing commission being schemed up in the agreements between these parties, no wonder MACC called this 'legalised corruption'.

If any of the Khazanah people - those in the inner circle of Azman Mokhtar - read this, they should be afraid. Especially people like GS, ZKA and HZM. MACC knew this. Good luck and see you guys in jail.
29 December 2011 23:21


Amazing how detailed other people knew about Khazanah's debacle on Iskandar Msia. What I can add here is that GS has schemed things up far beyond anyone's thought - with his connection to the powers-to-be, he planted his allies in IIB through British graduate connections:
GS is a friend to Datuk ZZ (advisor to PM-5) Datuk OM (advisor to PM-6) and KJ (the son-in-law).
OO and ZA went to Oxford together.
ZZ, OO and SM were same batch studying at Bristol, Oxford and Imperial College respectively. Forgot to say GS was from Kings College.
AY in EPF Investment Division was a friend to ZZ, OO and SM. He studied at Southampton.
Whatever investment deal GS was about to conclude, he will refer to ZZ, OO and KJ. GS will then instruct SM to prepare papers for submission to IIB Board. ZA will prepare budget allocation for the investment deal. GS will then go to AY to get EPF support.
As far as Azman Mokhtar is concerned, as long as the powers-to-be and EPF are ok with the investment deal, he as Chairman of IIB will approve the paper.
Guess who will then has to follow up and implement the deal? Arlida lo...
Guess who will then be blamed for the mess? Arlida lo...

This is how Khazanah played their game. Planting spies, leveraging on connections and collude with powers-to-be. No wonder they cannot be touched.
30 December 2011 08:36
Posted by BIGCAT at 01:57