Another year ends - a recap

As I starts writing this, there's two hours left of 2011. Feels like doing a recap lah.

This is actually not a good year for me. Almost everything that could go wrong had went wrong. But never mind lah, I am still alive, has a job and can still smile before I close my eyes everytime before I go to sleep....except of course whenever I miss my loved one too much....

This blog is one of the few nice things that happened to me this year. I kinda enjoy writing it.

When I first started on Sept 20 (that's less than four month ago), I actually did it because an old friend kept bugging me to do it. He said I can write very well. Honestly, I don't think so. I suspect my friend was just trying to flatter me...well, actually he has always been a bit in love with me but his Bollywood look is just not my taste la....hehehe. This was what I first posted, just to shut him up.
In the begining, there is this cat 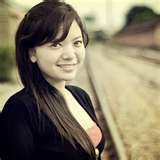 In the begining it was a bit funny as some people called me bro.  I actually look very much like in that picture. But never mind lah.

I had at that time never intended to be a social political blogger. By nature, I'm just a carefree person with a simple life.

I, however stumbled upon this info less than a week after started blogging
This is another Crook
It became some sort of a hit after prominent bloggers Rockybru and Apanama picked it up. Rocky had then placed this blog in the so-po category  in his blog roll, which I found to be quite an honour.

I am actually an anti-establishment person. Always a rebel, really. I am not a member of Umno or any BN component parties. However, I decided to support BN after 2008 because I see the danger this country is facing if it falls into the hands of the Pakatan people. The fact that I am in Johor made it easier because BN in this State is still basicaly intact.

I have make it no secret that I admire the Johor MB Datuk Abdul Ghani Othman. I found him to be a person of honour, has integrity and incorruptible. Some may disagree with me, but that's their right ya.
Thus, I started these series of article in support of him and Johor BN. This one was the first one
Fortress Johor - Part 1 : A new MB?
It was then folowed with another series which I intend to keep running till the next general election. This is the first posting of that series
Johor GE13 : The Chinese votes 1

Then there's that Irda thing and the police report. I think I better list down all my postings about Irda here so that people who are interested may get a better perspective of what I wrote and where I stand as far as that organisation is concerned.
A little warning to Irda
A song and dance for Irda people
Bad PR skills
Birth of Iskandar Malaysia - for non-Johoreans
Irda's way of doing things
BIGCAT rambles on
Iskandar Malaysia doing well after 5 years
A message from Irda and my reply

As the year closes down an hour from now, I am in the midst of writing about the unfortunate Khazanah-IIB corruption fiasco. My hope on that one is for the authorities to do the right thing. It is after all the best opportunity for the BN government to show itself as being really serious in weeding out corruption at the highest of places.

2012 will be an interesting year as the general election is coming. This is to me the most important general election ever since Merdeka...especially for the Malays. If they failed to unite, then that's the end of them as a bangsa yang bermaruah.

I hope things will be better for me next year. Well, my hope to buy a laptop had been dashed. My no good bosses really didn't want to give me any end year bonus. But I am ok, at least I still have a job. Anyway, I am getting used to writing in this cybercafe.

To all who drop by my blog, thanks a lot.