Predictably, Singapore's Straits Times correspondent Leslie Lopez today came out with another article running down Malaysia's Securities Commission as a follow up to the pro-Pakatan Malaysian Insider article on SC chairman Zarinah Anwar, written by his friend Jahabar Sadiq. 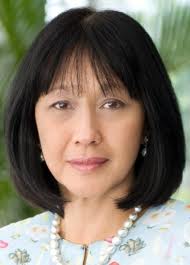 This is the fourth round of attacks against Zarinah and SC by the Leslie Lopez-Malaysian Insider joint-venture. My earlier take on this is here -
How the "credible media" was manipulated - SC case...

I am not going to link or cut and paste Leslie's article here, as there is nothing new in it. Just the same old accusations against SC. If you still want to read it, go and subscribe to the Singapore's ST website and further enriched the already rich people across the Causeway.

To those who thinks that Singaporean journalists are better than their Malaysian counterparts, well, think again. Will Leslie be so brave as to thrash talk the republic's regulatory bodies or claimed that he knows Hsien Loong is planning to do this and that? Will the ST editors let him do that? I do not think so.

Unfortunately, some of my senior pro-BN bloggers were so adamant in wanting Zarinah out that they seems to be blinded to the maneuvering of these pro-Pakatan gang. A few even claimed credit to the yet confirmed departure of Zarinah from SC.

What la you all called her a witch la, gangster la...don't you think you all are being too much? Except for having a husband with dubious reputation, I don't think anyone has managed to pin any crime on the lady. Got evidence meh?

The pro-BN bloggers seems to also fail to see the whole thing as an attack against the country's capital market with the general election just around the corner. They know that Zarinah and SC are easy targets for those who want to undermine the BN government as these anti-BN elements know that no one from the other side will defend her and the organization she led. It is not that they have anything solid against Zarinah. All they have to do was played with the sentiments and blind hatred of those who are anti Zarinah and SC.

Ironically, Zarinah's difficulties with pro-BN people was also started by the scheming of these very same pro-Pakatan people. The most damaging was the ECM-Libra Avenue Capital issue. Who were the main players behind it? Well, if your memory is a bit shot, the answer is that, it is none other than the very same people relentlessly attacking Zarinah and SC today. Pro-BN people, why are you all now applauding them? Sheesh....now they are even making Najib looks like a fool by making it seems as if they can pre-empt what he is going to say with impunity....and with BN people cheering them on.

BTW, to you all pro-BN bloggers in KL, once again, I implore you, go and check la properly who is that person being bandied by Malaysian Insider as the replacement of Zarinah...I mean the non-Malay guy. I tell you, you won't believe one as I'm just a small time provincial blogger only.  See la, if after you all found out, whether you all will still be happy that Zarinah is on her way out.


Oh, also, I was told that Zarinah is really retiring at the end of her SC contract, but it is not because of Malaysian Insider or Singapore's Straits Times or the blogs. She just wants to retire, and that's all to it. You all don't believe me, go and check with her yourself la.
Posted by BIGCAT at 12:05