Was a very tiring day today.

In the morning stuck for two hours in the traffic jam, coming home stuck for one and a half hour. (back in JB can reached work in 10 minutes the most)

Work is so so. As usual, I just mind my own business. Do things the best that I could and then went home.

Then tumpang watched the landlady's Astro. Jamie Oliver cooking for a bunch of monks at an Italian monastery. Quite nice. He even replanted their herb garden. I always enjoy Jamie's show.

Don't know what to say when I read back the comments at my last posting about what Najib said about the Chinese education system. Guess, we are not much less racist after all these years. All those talks about how matured Malaysians have become when it comes to their racial identity were all just crap lah.

Where got such thing. We are all Malaysians, that's right, but we are not and never will be (at least not in my lifetime) be of the same race. We are just not meant to be that. We are too conscious of our own real race and culture. Honestly, I don't think that's wrong, ok? We have been doing relatively well the way we are for the past half century, what.

Everyone want to keep their Bangsa, ok? Especially the non-Malays. Talk only can la.

DAP promoting Bangsa Malaysia? Yea right....only stupid Malays from Pas and PKR would believe that. Not even DAP Malays believe that, ok? Ask the once towering DAP Malay Tunku Aziz la. It's all just a con ok? Where got such thing? Ok lah, ask DAP members to renounce their current racial status to be replaced with Bangsa Malaysia...can or not? Ya ya ya...Hannah Yeoh's child...that one was just gimmick la, same as her wearing tudung to entice the stupid ones among the Malays.

Ohhh...actually, there is no way the DAP Chinese would believe in the con. They know from the word GO! that DAP is actually a Chinese party with only token Malays, Indians dan lain-lain to make up for its claim of being multi-racial. It's not very unlike the Communist Party of Malaya, actually.

Seriously, would an average Chinese person give up being a member of Bangsa Chinese to join something called Bangsa Malaysia.  No way la. Talk proper Bahasa Malaysia also got issue, how to become Bangsa Malaysia. All just bull crap la, seriously. 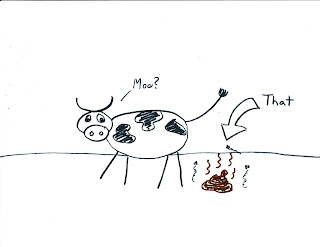 Ok la, Malays may want to do that Bangsa Malaysia thing , but not Chinese la. Can't blame the Chinese, ok? Their bangsa doing fine already. Why the hell they want to abandon it and join you all sorry Malay sods? Malays are really a sorry lot, in that sense, ok?