I spend the past half an hour trying to start this post.

Opened up that changgih laptop my friend gave me and was ready to write something really significant....and you know what happened?

I almost smash it to the wall. 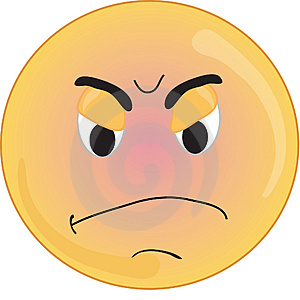 Fortunately, I managed to suppressed my anger and instead calmly closed it down and put it aside, took out this useless old netbook and start to write this nonsense.

Honestly, at this moment, I can't remember what I had wanted to write. Too pissed off just now.

I know it's bloody stupid to get angry with a useless machine, but that laptop was a relatively expensive piece which I know I would not possess if my friend had not generously bought it for me. It shouldn't be so stupidly useless.

Well, actually if you marry someone like Anwar Ibrahim, it's your own fault, ok? You know he is one of those MCOBA guys and you still marry him, for what? Definitely your fault, no two ways about it.

Sorry ya Kak Wan. It is really your fault. I know, when they first set up TKC, it was to groom wives for MCKK boys. But that was crap, ok? The fact that you, an ex-TKCian got conned by Anwar, and really married him was really....eeerrr.... unfortunate. But guess it was your jodoh already. Still.....unfortunate lah.

And for that matter, dear ladies,
Try to advice your daughters not to marry not only MCKK boys, but also guys of other all-boys elite boarding schools. Really la, its for their own good.

Ok la....STAR, Ipoh boys are probably ok. But I heard the Starians tend to be a bit too soft and nice. Boring bunch la like that.

SDAR, Seremban boys on the other hand tend to be more....eeerrrr.....unique. But most of them also tend to be a bit too morbid. Oh, I also used to hear stories about Anwarness among the boys there.....well, probably just slanders spread by MCKK boys to cover their own Anwarness by deflecting attention to those SDARians. Poor Sdarians.....hahahahahaha (evil laughter)

RMC boys? Back then I found them to be such stiffs....

Eh, enough lah. Later they all come down here and jump on top of my head...susah pulak. I got enough problem with DAP cybertroopers infestation in this blog. Don't want to have old boys infestation pulak.

Chill, ok? Just kidding around ya boys :-) But really la, boy kissing boy is really gross, ok? Let's not even mention the rest.....
Posted by BIGCAT at 00:05