There was this report I read somewhere on Monday about jolly man Anwar Ibrahim dismissing PM Najib's challenge for Pakatan to form their shadow cabinet.

He said Najib was being silly as there was no such thing in the US, Indonesia, Philipines etc.

They only have shadow cabinet in the UK and Australia, he said.

Well, Anwar has never been such a good student. He only studied some sorts of Malay literature stuff while at Malaya University. I don't think he really know how to argue this one properly.

But, of course he knows how to talk. Very convincing (for those who are not very smart la). Yup, I am one of those idiots who sympathized with him back then. Well, not anymore.

The thing is, the parliamentary system of UK is the model of ours. Ours is also very similar to the one in Australia. It's the legacy of our colonial past. Ours is less similar to those in the US and the other countries. Eh, go and read the books yourself la. If too lazy, read them at Wikipedia, can also.

Now, I am actually ok if Anwar and his gang don't want to have shadow cabinet. The problem is, they are the ones who are itchy to have "shadow budget" la, "two party system la", bla bla bla....like in the UK and Australia. See, talk only, can la.

To make it even more crap, I heard that Anwar's wife DS Dr Wan Azizah the eye doctor today told some reporters the same bull crap with an addition that in UK and Australia, the shadow cabinet got allowances and facilities and stuff. Here don't have such things, so cannot do.

Kak Wan, I used to sympathize a lot with you and your kids when your husband was thrown in jail. I thought you are a decent person. Now you also talk like a snake politician. You and the others can't have a proper shadow cabinet, just say so la. No need for you to twist and turn like that. Allowances.....sheeesssh....you all the holy and clean pejuang for the people need allowances ka to present your real face to the people? 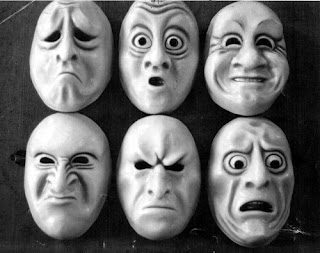 Why can't you just say the fact that you all can't made it known to the people what your would be cabinet looks like because you all don't want to scare the people of its composition.

Since you are too shy to tell what your face really going to be once you all take over Putrajaya, then let me give everyone a glimpse of how the scenario would be -

1. Pas people will be horrified that the DAP handsome Cinapek leaders are grabbing all the important and juicy posts.
They were supposed to only hold the ministry of hal ehwal Cina, what....while Pas people enjoy themselves setting up funny Taliban-like state complete with hudud to flaunt around and show of their Islamicness and sure go to paradise ways.
Now, how come the DAP fellas want all the posts deemed important to the Chinese....minister of finance, because Chinese good with money; minister of education, because education is the most important thing to Chinese, also need to give face to Dong Zong, must give that Yap fella with funny PhDs the sec-gen of education post....errrr many more lah....

2. DAP people will be equally shocked that there are actually Pas people given some places in the Pakatan cabinet.
Errrr....Kit Siang, we thought all these Islamic Malay numb-nuts are just for getting the stupid Malay votes only?
How come they are here now demanding the minister of law post and other important stuff?
They want to have the hudud law, how?
Eyeing eyeing our beautiful and fair womenfolks for their harem collection some more? Now cannot even wear short shorts to go to shopping mall anymore.....
Can you and your son Guan Eng tell these funny Talibans to go away aaarrr? Really uncomfortable la like this....

3. PKR people......eeerrr they are not around to discuss this la....busy dividing the loots....one contract for you, one contract for me....what to do, ex-Umno people like that lor...errrr....the Chinese and Indian PKR leaders?....eeerrrr, they all have joined DAP la....you think they really can stand those Umno rejects in power ka?