Of Korean drama and history lessons

I'm now following this ancient Korean drama (with a modern twist, of course).

The title is "Faith". 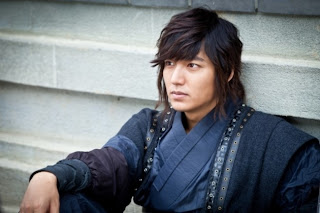 It's about how Korea broke away from the dominance of Yuan (Mongolian) dynasty of China.

Almost all the characters in the drama are real historical figures.

Korean being Korean, they do have a way to attract viewers to watch even the most boring historical tale. They decided to throw in this irritating lady doctor from the present who was kidnapped by the hero and teleported back to the past. They eventually fell in love. Ok, that's expected. It's after all Korean drama, ok?

Anyway, it's a weird way to make people learn about history, I guess. But hey, at least I now know how it all began for the Koreans and how they got to be so resilient and patriotic.

Maybe the Education Ministry should learn something here on how to make history lessons fun for the young people.

For more information of the drama -