Rais and gang should do better (UPDATED)

For the latest stupidity on this subject, please click here -  Victims of Badu .
Lodging a police report over such a silly thing....now I am seriously thinking that PM DS Najib Razak need a new Information Minister.

There seems to be a bit of rumblings over the past few days among pro-BN bloggers over an allegation that a PM's media adviser and a young PMO officer saying bad things about them.

When I heard about it, I was a bit miffed for a moment. Then, I was like errrrr....so what? What's the big deal?

I thought blogging is for those who want to write about what ever hell one wants. It's not about pleasing anyone else. People like to read our blog , then nice la. Don't want to read, ok also. PMO said our blog are crap...SO? BIG DEAL IS IT?

I don't think so. At least that's the way I see it.

Then again, I am new in this blogging thing. Not even six months yet.

For one, I really don't understand the obsession of some who want to be the No 1 blogger in Malaysia. You all getting paid for that ka?

Hmmm...maybe you do, but, what's the fun in writing with such a motive? It's like having sex but knowing you are just a prostitute being used for other's gratification. The money may be good but can you sleep at night ka? I know, I can't.

Well, if people give you money so that you can earn a living and operate your blog for the good of all....then, ok la. I can understand that. But to take payment to write fallacies...????...and threatening people with our writings so that they pay us....???? That's vile man.

A prominent blogger actually called me this morning and told me not to believe in that allegations against the PM's people.

Considering that this handsome guy normally only wakes up about noon and today he was making a call so early in the morning just to caution me about such nonsense, means the whole thing could be quite serious. Well, my man, no worries, because I honestly don't give a crap about such thing.

I am actually blogging just because it's fun as I can write whatever I want and I don't have to worry about pleasing anyone. Even if the main man Najib himself said my blog is a load of crap, I would not be offended. In fact, I will be happy because the PM took time to read my blog even though he summed it up by saying its crap. One man's crap is another man's manna, isn't it?

It's however different if you are running a TV station, especially if the station is funded by the government. That one you must do properly because it is not your private property like a blog. Cannot simply simply one. Must make sure the ratings are good, improve viewership from time to time, put in quality programme, etc etc.

That bring us back to the thing that sparked the whole allegations against those PM's people.

From what I understand, those guys from PMO highlighted how private tv stations performed much much better than the government-owned RTM during some Cabinet meeting. It caused great embarrassment to our very intellectual Information Minister Rais Yatim. The man sacked his press secretary immediately after. Why he did that is beyond me.

Later on, some pro-BN bloggers (or is it just one guy?) started posting not very nice things about those PM's people accusing them of running down fellow pro-BN bloggers. Hmmmm....guess it's an attempt to instigate everyone to attack the PM people la....tsk tsk tsk

Well, why la have to be like that. What? Pro-BN bloggers are so easy to be manipulated ka? I personally don't think so.

Anyway, I'm more or less operating alone down here in JB. So, I'm immune to such tricks as I'm not beholden to anyone.

Well, some senior bloggers, do help promote my blog of which I am very appreciative (honestly, I don't know why such big time fellas like them want to promote my insignificant anonymous blog). Other than that, I'm as free as a a bird...hehehehe.

Ok, as for Rais and his band of people, really la....I think you all really not good at all, ok?  Let's not even look at the figures as compared to Media Prima and Astro. Just switch on RTM and you know the channels sucks. 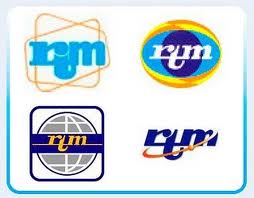 Sorry, RTM people, it's a fact. Too bad that the people who supposed to lead you all do not know how to do their job.

The channels don't look any different from those days when I watched Bintang RTM as a kid. Ok, now got color lah, last time black and white....that's about it. And man....those RTM-made entertainment programme featuring some makchik-makchik and pakchik-pakchik singers are simply awful lah. And the props really look like some pelamin from the 1970s. Where got people use those lampu kelap-kelip anymore for props of a national tv programme.
Posted by BIGCAT at 13:44