The smart local government of Gorontalo

I am quite sure the "all women party" which I proposed in my last posting will not be too harsh with the men folks once they come to power. Well, at least the upheaval that follows will not be as bad as if Pakatan win the next general election la. 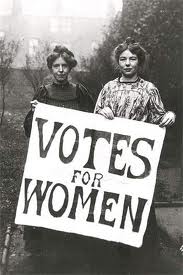 I am quite sure they would not be going around castrating wayward husbands and boyfriends. Just maybe put them on a tighter leash only ...maybe.


The most is that they may do things like in this story, just to prevent men from bullying women too much -

AFP
Friday, Mar 02, 2012
GORONTALO, Indonesia - Thousands of male Indonesian civil servants had their monthly pay transferred to their wives' bank accounts this week in a bid by a local government to stop men having affairs.
The Gorontalo administration on northern Sulawesi island issued the recommendation early this year to its 3,200 civil servants, saying it would help control funds usually spent on mistresses.
"Men are usually unable to control their behaviour if they have too much money in their pocket," government spokesman Rifly Katili told AFP.
"I'm pretty sure this will eliminate the possibility of love affairs that undermine families."
About 90 percent of the workers are voluntarily taking part in the initiative, Katili said.
"This kind of initiative will also empower the employees' wives to learn about household budget management," he said.
Katili said many wives had complained to the governor that their husbands withheld how much they earned, typically between one and four million rupiah ($110-$440) a month.
Katili did not know how many civil servants had cheated on their wives.
"Unfortunately, we never researched that."

Ok, maybe we can also modify the NEP so that women have a percentage ownership quota of the country's wealth. I wonder how much of this country's wealth now belong to women....must be a bit only considering the large number of terrible men in this country.
Posted by BIGCAT at 15:11