In my last two postings about Chinese schools, I had suggested an initiative on how to solve the shortage of Mandarin speaking teachers here -  A plea to young Chinese school graduates
and expressed my worries about the future of the schools here - Racial extremists endangering Chinese schools.
Probably it seems weird to many that a non-Chinese, like me should be so concerned about the Chinese schools. Especially that I'm not a former student of such schools and can't speak a proper word in Mandarin.
I had written about my support for Chinese schools in my previous postings. You can find them here - Chinese schools.
The reason for my support for the Chinese schools is simple - some of my best friends are former students of those schools. None of them are more racists than my other friends from sekolah kebangsaan. All are decent people. For me, the country's Chinese education system is a unique aspect of this country's overall education system. It's part of this country's heritage and should be preserved. As for unity, it should be nurtured, instead of forced (such as by closing those schools).
Ok, back to my last two postings on the Chinese schools, they seems to have attracted the attention of  書 政 shuzheng , a Chinese blogger, who writes mostly in English.
You can read his/her latest posting on the Chinese school issue here Pig Pure Shiite, Amok in the Sty.
These are two paragraphs from that article which made direct reference to me -


"There is of course this ‘brilliant' solution – temporary hire – that MOE officers throw up each time teachers are needed quickly. But, without an existing pool of hanyu teachers, there would be no takers naturally whether the positions they offer are temporary or permanent. BigCat’s bellyaching about there being no no-takers showed not only her gullibility and ignorance into the situation. But it especially revealed her Malaiyoo stupidity (such as believing in Anwar Ibrahim in her halcyon days)."

" One call (BigCat) made out to Chinese school graduates to join the teacher-force was typical of Malaiyoo mentality – appealing to race loyalty. Worse for it, teacher availability is treated like Campbell bean production from a factory. Press the button, machine comes alive, more beans.
These bloggers… so naive. Where did they go to school?"


I'm actually bringing up shuzeng's response here to highlight the hardening stance of  ultra-Chinese such as the blogger towards the BN government. Well, the way shuzeng writes, I don't think he/she minds too much if I describe him/her as an ultra-Chinese.
As was mentioned in that article, the problem with the shortage of teachers at Chinese schools started years ago. Why then the scheduled Save Chinese Education rally is to be held only now? With the support of DAP? With the general election around the corner?
Is the rally really about saving Chinese education or is it about flaunting Chinese political muscle?
Will the rally help solve the shortage of Mandarin speaking teachers at Chinese schools?
Based on the language used, I don't think my support for the Chinese schools and suggestion on how to solve their problem are appreciated at all by Chinese individuals such as shuzeng.
But really, if graduates of Chinese schools themselves are not interested to return and teach at their own schools, what do you expect from the incompetent Malaiyoo teachers? Want them to master Mandarin some more....sheeesshh....and then blame Umno, blame MCA, blame the government....will all the blaming around increase the number of Mandarin speaking teachers in those schools?
Well, I'm fine if the likes of shuzeng think that my suggestion was typical of Malaiyoo stupidity. Just that it's too bad if the rest of the Chinese community share the same attitude as the end result I'm quite sure will be the vanishing  middle ground of race relations in this country. 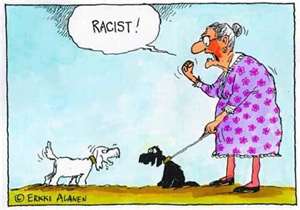