A bouquet for Zarinah, my first muse

Today is the last day of Zarinah Anwar as chairman of Securities Commission.

This posting is my farewell to her.

Zarinah was my first muse in this blog.
Is she really a crook?
That was the second posting of this blog.
You can read the rest of stuff I wrote about her here - SC

Well, my lady, here is a bouquet for you. 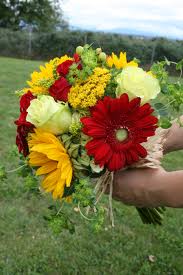 Have a good rest. I hope to meet you in person one day.  Take care.

BTW, The Star did an extensive coverage on her departure  from SC for their today's publication.
This is the main story and the links to the other accompanying articles -


Tough job for a tough lady

As Tan Sri Zarinah Anwar sat down to give her exit interview as the chairman of the Securities Commission (SC), she struck an all too familiar look that many in the capital market have gotten accustomed to.
With her trademark dark rimmed reading glasses drooping on the bridge of her nose, Zarinah, with her answers to a set of questions StarBizWeek had sent earlier, requested that the interview follow the set of prepared answers to questions.
She was not about to break from form after serving as chairman of the Securities Commission for six years as the chief regulator of the capital markets. She stuck to the end of her job and responsibility and was still going by the book. Saying what she wants, getting her point across, without leaving room for any misinterpretation.

Zarinah sends a message that the integrity of the market was not an option she would compromise.
What market participants have also gotten used to during her time is her unflinching commitment to market integrity. A virtue that was first demonstrated when she stepped into the shoes of her predecessor Tan Sri Md Nor Md Yusof.
Her first public “crisis” was to deal with talk of manipulation involving the trading of shares in Iris Corp Bhd and market chatter about unscrupulous officials in the SC.
Zarinah got tough with the manipulators, dousing the then fervour trade surrounding the stock and at the same time, sent a message that the integrity of the market was not an option she would compromise.
That integrity was also questioned in a different light when talk pointed to the existence of corrupt SC officials walking through the corridors of the commission, an accusation she took head on with much contempt. She implored for evidence, saying she would act to fix what was wrong.
Those two episodes tested the experienced regulator who had learned the mechanism of the SC after joining the commission from Shell in 2001 to serve as the deputy chief executive until her promotion in 2006.
It was not a job she thought she was going to stay long in but she engineered the motion of steadfastly straightening the SC and establishing a robust regulatory and governance framework that market participants have come to respect.
Zarinah says she stayed on as chairman for far longer than she intended to, going against the grain of her early thoughts about joining the SC.
“It is no secret that I had wanted retire earlier, so it really wasn't a difficult decision. It is something that I had planned for. I had wanted to retire two years ago, that's why I accepted one-year extensions for the last two renewals. It was a matter of getting the right successor in place.”

Nazir: ‘Certainly she has been extremely dedicated to her work and is wellrecognised globally.’
Zarinah presided over a period that saw not only significant growth in the capital markets both in equities and the corporate bond market but also led to improvements in the vigilance and governance oversight of those markets through the SC.
Larger audience
During her time, she has been credited with numerous initiatives that has improved the capital markets, which included the setting up of the audit oversight board, presiding over the Capital Market Development Fund, which has helped organisations such as Minority Shareholders Watchdog Group to be more effective, and brought the Malaysian capital markets into the larger audience by getting the SC to get involved in IOSCO (International Organisation of Securities Commissions), where she managed to get issues important to Malaysia and the region, on the agenda.
Those efforts were not lost on those who have worked with her.
“Zarinah has made significant contributions towards strengthening the standards of regulation and corporate governance in the capital market as well as building the institutional capacity of the SC,” says Datuk Ranjit Ajit Singh, the man who would replace her as SC chairman tomorrow.
“Her efforts have been well-recognised by industry and her peers in the regulatory circles globally. For those of us who have worked with her closely she epitomises the qualities of a dynamic and determined leader with a strong commitment to quality and hard work.”
Goh Ching Yin, SC's executive director, strategy and development noted that she oversaw the implementation of 96% of the recommendations contained in the Capital Market Masterplan 1, which followed with the launch of the second plan aimmed at bringing growth through governance, over the next decade.
“She is a tough act to follow; disciplined, passionate and full of pace.”
CIMB Group Holdings Bhd chief executive Datuk Seri Nazir Razak feels Zarinah tenure as chairman of the SC has been important for the industry over the 10 years she has served in the SC.

Hagger: ‘She has done a good job under difficult circumstance of not only developing but also in regulating the capital market.’
“Certainly she has been extremely dedicated to her work and is well-recognised globally and that is a reflection of her and the institution.”
Apart from the brief maelstorm early on in 2006, Zarinah presided over a period of relative quiet for the capital markets. There was no implosion of the market or massive failings of large companies that unearthed any serious failings of board of directors unlike the post Asian financial crisis or the collapse of the dotCom bubble.
The capital markets held its breath during the global financial crisis, and despite the period of volatility in the capital markets, companies and intermediaries of the market escaped unscathed from the period.
That, people felt, could also be attributed to the foundation the SC had laid to improve the way and processes of oversight of listed companies.
“She has done a good job under difficult circumstance of not only developing but also in regulating the capital market,” says head of Malaysian equities at Credit Suisse Stephen Hagger.
“Both those aspects are distinct parts of the job and difficult to do in Malaysia when often there can be political interference.”
Hagger says that one clear example of the job Zarinah and the SC have done was to improve the standards and quality of corporate governance in Malaysia.
“We no longer hear about concerns over corporate governance in Malaysia from foreign investors. A large part of that credit goes to Zarinah.”
For the investment bankers that deal with the SC on a daily basis, they recognise the improvements that have been made under Zarinah.
“It's the consistency. For most of the deals we are involved in, decisions have been applied consistently,” says Maybank Investment Bank Bhd CEO Tengku Zafrul Tengku Abdul Aziz.
“In terms of the integrity of the market, Zarinah has been good for it. The SC did act within its powers.”
One of Zarinah's improvements Zafrul appreciates is the turnaround time in which IPOs are approved. For that, Zafrul says the team at the SC that handles the big IPOs that land on their desks are very good at the job they do.
“They move very fast and are market-friendly. The training in Shell shows. Everything has a process. It's clear what we need to do and everything is thorough,” he says.
“She was not a difficult chairman to meet. She is firm but she listens and tries to engage with us.”
Datuk Yusli Mohamed Yusoff, who is now chairman of Mudajaya Bhd but dealt with Zarinah regularly when he was the CEO of Bursa Malaysia, remembers her as being a very strict regulator.
“She had a no-nonsense approach. The capital market participants and the listed issuers got a clear message that they must toe the line. There were no ifs and buts. She expected everyone to follow the rules without exceptions.
“The SC chairmanship is a position that comes under a lot of pressure from different directions. The role requires having to balance what's good for the market and what's good for the market participants. Her focus was on corporate governance, investor protection, shareholder activism, transparency and discipline. And these are very important if you want to have a market that's credible,” he says.
“Market integrity was of utmost importance to her. That came across very clearly.

Yusli: ‘Her focus was on corporate governance, investor protection, shareholder activism, transparency and discipline.’
“She is someone who works very, very hard, and is passionate about her work. And that was to the benefit of the Malaysian capital market,” he adds.
Her exit
Despite the accolades, some do feel there were certain aspects of her job which she could have done better.
Her uncompromising stance on speculative activity has led to a more orderly market and the entry of foreign brokers has seen an improvement in market volumes as they are better able to match the demand for large blocks of shares with that of not only from the local institutions but also that by foreign buyers.
But the downside of it is what people feel is a less “interesting” market.
Those sighing about the current blandness are not hankering for the return of the days of when Bursa Malaysia had the monicker of being cowboy market but feel that maybe the SC should relax its grip on speculative activity to get the excitement back into the broader market.
One analyst notes that in the pursuit of regulation and oversight, the stock exchange has gone from being one of the most fluid markets in the 1990s to one of the least today.
“There is not enough excitement from the retail market. I suppose it's regulated, you can say,” says an observer.
Another question mark over her time in the SC, unfortunately comes at the end, when allegations of insider trading were levelled against her husband when Sime Darby Bhd acquired 30% of Eastern & Oriental Bhd. Her husband, Datuk Azizan Abdul Rahman, is the chairman of E&O. Azizan had purchased 100,000 shares of E&O on Aug 12, 2011 while the purchase of E&O shares by Sime Darby was announced on Aug 28 of the same year.
“The provisions of the law, and all internal rules and governance requirements have been fully complied with,” says Zarinah about the incident.
“It's sad that there have been parties with vested interest and personal agenda who have sought to tarnish the SC and my reputation.”
There are those in the market who feel such aspersions on her at the tail-end of her career at the SC was not right.
The SC, they say, has a much better reputation and ability today and a lot of credit should go to Zarinah and her team in trying to enhance the SC and its functions.
“The slight cloud surrounding her time of exit is unfair. She stayed on because she was asked to,” says Nazir.
One banker said she had worked for far less remuneration than what she could have earned had she returned to Shell and taken her career upwards.
“People should not forget the sacrifice she has made for the decade of service at the SC. She played it straight and did her part.”
Related Stories:
The making of an institution
Ready for recommendations?
Changing of guard
SC's long list of achievements