The Chinese slap and talk gambit

I have to admit that I'm at the moment feeling a sense of dread whenever I think of what's going to happened this Sunday.

This was an excerpt of an article by The Sun -

DONG Zong (United Chinese School Committees Association) president Dr Yap Sin Tian says the rally planned for March 25 in Kajang is just an additional means to voice its concern over the shortage of teachers in Chinese primary schools.
He said the question of it shutting its door on having dialogues with the government to highlight Chinese schools' grievances does not arise, Chinese dailies reported today.
Yap said this in response to the fear expressed by Associated Chinese Chambers of Commerce and Industry of Malaysia president Tan Sri William Cheng that the so-called "325 Rally to Save Chinese Education" might block the channel of communication between the Chinese education group and the government, at a press briefing on the gathering.


The article by the Chinese-own The Sun however did not mention anything about the DAP factor behind the rally and made it as if it's going to be purely motivated by Chinese education issue.

How the newspaper failed to see the real danger posed by the possible outcome of the scheduled rally was beyond me. OK, DJZ said they will also invite non-Chinese to speak at the rally, let's wait and see what type of non-Chinese these individuals are, and how many of them will be there.

So, DJZ said they are still going to negotiate with the Education Ministry after the rally.

Isn't t that like slapping someone in the face and then to sit down and talk nicely with the person? Isn't that like the Israeli bombing the Palestinians (or the other way around) to bits and then calling for them to negotiate peace?

What makes the DJZ think that they can strong armed the ministry to concede to their demands? Can't they see that the government would only harden it's own stance as it will be under pressured by the other side of the divide not to look like sissies being bullied by some Chinese gangsters?

Being a supporter of the Chinese education system, I'm at a loss as to why DJZ decided to go down this path where a right thinking person will know it would not end nicely for the Chinese schools. The schools will be seen more than ever as the breeding ground of Chinese chauvinism after the rally this weekend. 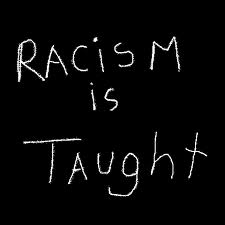 What could we expect from the majority of non-Chinese when they see thousands of Chinese shouting and demanding on the streets for only Chinese speaking teachers be allowed to teach in the Chinese schools? What would they think of the Chinese school graduates after that?

The answer by the racial extremists within the Chinese community would probably be that the Chinese don't give a crap what others think of them as long as they get what they want. The Chinese are after all, the political king makers of this country at the moment. The rally is to show everyone else that if they can't get what they want, then there is a price to be paid for it.

With that kind of attitude, what will happen to this multi-racial country?

As far as I am concerned, DAP will be the sole beneficiary of the rally. It will win big among the Chinese voters for being perceived as the defender of the Chinese interests. That is all that matters to them.

My final question to the DJZ crowd - Throughout the history of the Chinese education system in this country, what had DAP contributed to the Chinese schools that now with the general election around the corner, they are to suddenly become the champions of those schools?
Posted by BIGCAT at 06:14