Teaching Pakatan MPs how to shut down radioactive plants

Well, at least it is hard for me to understand because the two MPs they quoted seems to be quite incoherent.

If you all can understand them then good for you all lah. But sorry ya...I don't really get what they are trying to articulate.

Ok, first there was Pas' Khalid Samad the MP of Shah Alam where the Japanese rare earth magnet factory is located.


"We cannot do anything about it. What could we do? It has been operational for years and we cannot simply stop it. This is the failure of the previous BN led government.

"The government in the past had made the mistake by approving such a plant in Shah Alam. Now we in Pakatan Rakyat are more aware and would not allow such factories to operate. Look at how we are standing up against Lynas,"

Hmmm....first the handsome YB said cannot do anything and then blame the previous BN government. So, the plant dangerous la and it's all the fault of BN...but is that all to it?

What he really meant by cannot do anything? Pakatan-led Selangor government cannot just pulled the plug ka? The plant could be as dangerous as Lynas you know. Don't want to at least investigate the plant ka and see if there is any radiation? Check first la, probably the radiation at the plant is worse than the one in Lynas.

Pakatan people kan very concerned about the environment. Why not do demo in front of the plant. Pas people can lie down on the road in front of the plant and stop the lorries coming in and out of it. Ala, like that one you all did in Perak last time. Better still if you all can get your DAP friends to lie down on the road with you....hehehehe....see la can or not. After awhile sure close down la that place. Eh, that one also I need to teach ka? 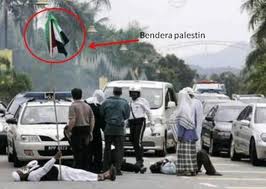 Hmmm....wonder if these charming anti-Lynas ladies are willing to join the Pas people lying down on the road to save the Malaysian environment.....what do you all think? 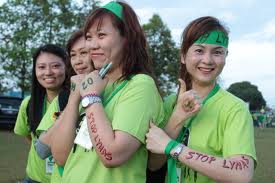 After Khalid, the Mole people went and interviewed the heroine of Lynas Fuziah Salleh, the MP of Kuantan. I told you all this lady blur blur you all don't want to listen and still want to get her quote, see, she just made your article even more hard to understand.

The PKR vice president said, "rare earth element in Shah Alam factory is not radioactive as it has already been processed."

"Lynas is the rare earth ore processing plant which processes the rare earth element such as crushing and extracting it, while leaving the waste that contains radioactive. Thus the factory in Shah Alam is safe as it only involves downstream activity".


Hmmm...I wonder how the hell she came to that conclusion. Simply simply said one ka? Makchik, you check your facts properly or not? Why not you at least ask for experts to be appointed by the Selangor government to check check first the place. You as a number one environmentalist should at least demand that what. Or is it you simply tembak your facts like what you did on the Lynas issue. Experts said also you don't want to believe.

Oh, in that article, Fuziah also confirmed my suspicion that she tend to say something simply to look popular even though it makes her sounds not very intelligent and contradictory. See this -

Fuziah also took time to explain that she was not totality against the setting up of the Lynas rare earth plant but was concerned about the safety of the people and the environment.

She also denied politicising the issue.