Petronas PR in Pengerang must learn from Iskandar

Sometimes I don't understand why people need to be so arrogant just because they are working for some big organisations.

This is especially true among those who are from KL, placed in "small towns" like JB.

Several years back, a friend who is a journalist told me about his constant struggles with PR people of Iskandar Regional Development Authority (Irda) and Iskandar Investment Bhd (IIB).

He told me of how these PR people do not seem to really care to engage the local Press nor do they seem to care about the Iskandar Malaysia's main stakeholders - the local people.

My friend said these PR people rather deal with the "higher class" media people such as big time editors and top journalists in KL. They also hardly care to meet the local stakeholders among the orang-orang kampung. They always feel that if they want something done, they can always get their friends among the Press bosses in KL to squeeze their subordinates in JB to do it.

At that time, I thought my friend was exaggerating. Well. this friend of mine is a bit of a diva and has a knack of being over dramatic from time to time.

But later on, I found out that he was actually telling the truth (eerrr, with slight kuah tambah la, of course). The ding dong battle between the JB Press and these PR people went on for quite sometime until things started to improve after direct intervention from none other than Khazanah boss Azman Mokhtar and Johor MB themselves.

My friend had then stopped bitching about the Irda and IIB PR people for quite awhile.  In fact, he became good friends with some of them and started writing glowing reports about the two organisations. The Irda and IIB PR people also improved a lot by making lots of engagements not only with the local Press but more importantly with the local people through their CSR programme and development briefings.

The honeymoon  lasted for quite a while until around the end of 2010 when Irda and IIB overhauled their PR teams. My friend said things are now back to square one. The new PR boys and girls are mostly from KL and quite snotty, he said. They simply refuse to learn from their predecessors.

Looks like they have to learn it the hard way.

The new IIB Comms team recently made a major blunder by getting the Star's "top editor" BK Shiddhu to interview their boss instead of giving such a privilege to the newspaper's highly experienced JB-based business writer Zazali Musa. The outcome of the disastrous interview I heard could be quite severe for the IIB CEO.

You cannot offend the Arabs like that la. That's what happen if you get a 'top editor' who are out of touch with sensitive issues to write for you.

Well, I don't even want to bitch about the even worse new Irda Comms team, as I may end up not addressing the real issue I want to bring up, which is the attitude of the Petronas PR team handling the petroleum hub project in Pengerang. 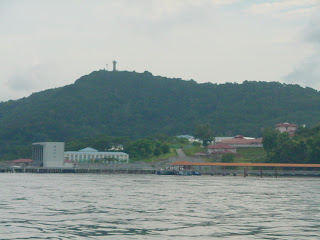 I heard they are even worse than their peers in Irda and IIB.

GET OFF YOUR KL HIGH HORSES AND ENGAGE THE LOCALS.

The Pengerang project will come under attack as the general election draws near. I had written about it here
Cooking Lynas-style nonsense for Pengerang

These Petronas PR people better have a plan not only to counter but also pre-empt the coming attacks. Win over the locals. Get down and dirty. You all are no longer high up in the cloud at the glittering twin towers in KL, ok?

And don't send some lowly lackeys, who can talk endlessly but can't decide without management say so, to do the work down here. Decisions on what needs to be done must be made fast, so if your decision making process takes days if not weeks, die la for sure.
Posted by BIGCAT at 10:23