The most addictive thing

Two prominent bloggers had started the ball rolling for a motion, calling for political figures not to extend their "expiry dates", as Malaysians are getting fed-up with the same old faces "offering themselves" as wakil rakyat whenever it's time for the general election.

I honestly agree with the two senior bloggers on the need for new faces to be introduced into our political scene. Tiring la all these same old faces. Most are not cool people at all. Not only BN, Pakatan also like that....Lim Kit Siang, Karpal Singh, Nik Aziz...etc etc. Both sides same only.

But, the problem is, I do not think a trend whereby politicians are to let go off their position voluntarily will ever catch on in this country. 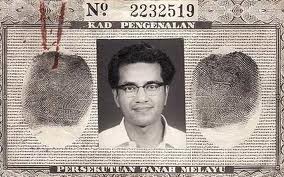 After serving the country for so long and saving it from I don't know how many predators such as during the late 1990s' financial crisis, Tun Dr Mahathir Mohamad decided it was time for a younger man to take care of the country. So, without being pressured by anyone, he retires. Probably believing that Malaysians wanted a goodie goodie PM, he got them such a person - Pak Lah. Dr Mahathir may had thought that, well, since so many people called him a dictator and other nasty names, he may as well give them a nice old gentleman as a replacement. As we all should know by now, that decision turned out to be a horrible disaster for the country. On the personal level, Dr Mahathir was thanked by Pak Lah and his minions with a kick in the head and a spit in the face....talk about ingrates, nothing beats what Dr Mahathir had endured at that time in the hand of the person he made a PM.

So, if a great leader such as Dr Mahathir had to go through such humiliation after handing over power, what do all those crooked selfish souls out there could expect once they got no power anymore?

That's why we got disgusting piece of crap characters like Kadir Sheikh Fadzir and Chua Jui Meng, who for throughout their life benefited from being in Umno and MCA, only to turn against their party once they could no longer get anything much from those parties. There are so many other pariah dogs like them up there in position of power.

That's also why this selfless stepping down sacrifice thingy that the senior bloggers are trying to promote will never really catches on. Either it be BN or Pakatan leaders, most are in it for self interests rather than anything else...at least that's how I see it.

Ok, there are a few genuine cases such as Datuk Abdul Ghani Othman who seems certain to stick to his decision to let go off the Johor MB post after the coming general election. The only one who may persuade him otherwise is probably PM DS Najib Razak. Even that, I think will be a long shot. Well, despite making his intention clear about retiring, Ghani still have to put up with the smear campaign by his Umno rivals which to me was very sickening. I guess the culture of kicking and humiliating leaders who are out of power or about to lose power is very strong in our society.

As for the rest, I don't think any one of them will be willing to let go just for the sake of sacrificing for the future of their party. Well, Rafidah Aziz only made the decision not to contest in the general election after she is no longer a Wanita Umno chief. What do you think would have been her decision if she is still the most powerful lady in the party? I admire Rafidah for being a good leader and minister, but I don't think she will let go of her post if she is still in power. Rafidah is indeed good, but she is definitely not Dr Mahathir.

As for the even lesser beings, what can we expect of them when it comes to these sorts of things? Not much, I think.

Power, is after all, the most addictive thing, second only to sex....probably.
Posted by BIGCAT at 17:47