Past midnight and still can't sleep....so I think I write a bit more on Lynas which my past few postings had attracted the interest of some DAP cybertroopers. Kinda fun reading their comments.

Ok, the whole anti-Lynas demo is purely a DAP show. That I'm certain.

PKR seems to have been elbowed out of it. Not much coverage given to them by the pro-Pakatan media.

Not even their Kuantan MP Fuziah Salleh who has been making all sorts of nonsensical noises over the issue got that much space in the Chinese newspapers that day. 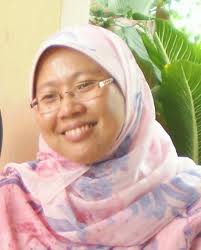 Even Guan Eng, doing a little jig on the issue in Penang got more publicity than Fuziah and Anwar Ibrahim combined.

Anyway, I do suspect that many of you do not even realised that Gebeng which is where the Lynas plant is being built is not even in Fuziah's Kuantan parliamentary area.

It's in Indera Mahkota, the only other Pakatan's parliamentary area in Pahang which MP is Azan Ismail. This guy was Pahang PKR no 2 until he resigned from the post in 2010, citing dissatisfaction with the party's management.

Azan has been quiet for so long. I can't even remember when was the last time he was in the news. The last time I met him was just a few days after he won the election in 2008. He was discussing with several other PKR people about how to get some contract jobs in Selangor.

Apparently, Fuziah is now handling PKR's affairs in both areas.

Bear in mind ya that DAP do not have much base in eastern Pahang. Prior to 2008, DAP represented the opposition in the State with their single rep in Triang. Thats in western Pahang. Now they got another one in Tras, also in western Pahang. Pas meanwhile got two State seats in Beserah and Kuala Semantan in 2008.

In another words, they won by a small margin. Do also bear in mind that Beserah was the only State constituency in the two parliamentary areas which fell to Pakatan.

Clearly, Fuziah and Azan won due to protest votes by BN supporters at that time. My reading was that it was mainly the protest votes of MCA members which did the trick for them. MCA was rocked to the core when it dropped several of their highly influential assemblymen such as then Teruntum assemblyman Ti Lian Ker.

Now, with the Lynas demo being considered as a DAP's success, it would not be far fetched to assume for the party to set its sight on either Kuantan or Indera Mahkota.

Azan is almost certain to lose his seat based on his lack of performance thus far. However, my bet is that, DAP will prefer to take away Fuziah's Kuantan seat and will try to persuade her to instead move over to contest in Indera Mahkota.

If I'm Guan Eng, I will persuade Anwar to agree based on these arguments -
1. DAP need Kuantan as its foothold in the East Coast
2. Kuantan got a large number of Chinese voters who are now more partial to DAP after the anti-Lynas campaign.
3. Fuziah does not stand much chance without the MCA protest votes if she face a Chinese opponent in Kuantan this time around. Indera Mahkota got more Malays who may be sympathetic to her.
4. Since Fuziah is so keen to be the heroine of anti-Lynas, she should be in Indera Mahkota where the plant is actually located.

Knowing that DAP is now the big brother in Pakatan due to its current influence among the majority of Chinese voters, Anwar will agree to the demand....probably in exchange for DAP's help via its Chinese supporters in other places. Knowing Fuziah's blind loyalty to Anwar, she will happily agree too.

So, there you have it. The blur blur Fuziah will not even notice what's going to hit her. She will not stand much chance in Indera Mahkota as the Malay voters there, like elsewhere are now more BN-friendly.

Yup, Fuziah is that blur. Her character is what the Javanese call "ndablaek", which means she has a single tracked mind where the brain is incapable of accepting any other idea except what she had made up her mind to believe. If you don't believe me, try having a conversation with her about something profound for half an hour and you will know what I'm talking about.

BTW, I'm sticking to my stand that Lynas is really a political and not an environmental issue. I am not going to waste my time and energy trying to present environmental arguments on how safe the Lynas plant is, as I'm not in the business of educating idiots like Fuziah. Anyway, those had already been done by the experts and see lah for yourself how it affects people like Fuziah and those like her.

Totally like pouring water on yam leaves (mencurah air didaun keladi....something like that lah).
Posted by BIGCAT at 03:10