They came out with a story with this intro -
" KUALA LUMPUR, Aug 10 — In a volte face, the Securities Commission (SC) will now order Sime Darby Bhd to make a general offer for Eastern & Oriental Bhd (E&O) shares after buying a 30-per cent stake last year, say government sources."

SC in an immediate response to mitigate the damage done by the story issued a statement denying Malaysian Insider's claim.

Here is the Star's take on the SC's statement -
KUALA LUMPUR: Sime Darby Bhd does not have to make a general offer for the remaining shares in Eastern and Oriental Holdings (E&O) after it acquired a 30% stake, according to the Securities Commission.

The SC said in a statement on Friday that its position on the GO requirement in the Sime Darby-E&O acquisition remained unchanged as per the statement issued on Oct 11, last year.

"The decision is now subject to judicial review which is pending in court," the SC said.

Securities of E&O surged in active trade late Friday on a news portal report that the SC would now order Sime Darby to make a GO for the remaining E&O shares.

In the Oct 11 statement, the SC had stated it concluded the review of the circumstances surrounding the acquisition of 30% equity interest in E&O by Sime Darby for any Take-Over Code implication.

The SC had then stated in the course of the review, parties involved in the transaction were interviewed and relevant documents procured.

It said the review included an assessment of possible concert party relationships between and amongst the parties involved. Precedents in Malaysia and practices and rulings in other jurisdictions on similar issues were also examined.

"Having analysed all the evidence gathered, it is the SC's finding that the acquisition of the 30% equity interest in E&O by SDB had not given rise to a mandatory offer obligation under the Malaysian Code on Take-Overs and Mergers 2010," according to the statement. 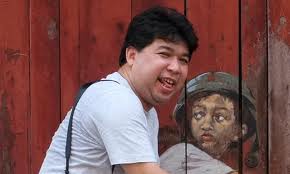 Well, my old friend Jahabar and his gang at the Malaysian Insider don't seems to give a crap what damage their "sources story" caused. They shoot first, and if it went wrong would simply apologise later. This had happend many times in the past.

I do wish I can call for them to apologise for this one, but I don't see the need as I suspect the whole thing had been intentional and planned to benefit some people.

The SC, which was definitely not amused by the trick pulled by Malaysian Insider had issued a seperate statement to the news portal saying that it will investigate any trade in the two counters that was triggered by The Malaysian Insider’s report.

I hope they catch and fry them.