I'm in KL since yesterday. Last night, after buka puasa and the necessary, he fetched and took me for a movie at the cinemaplex at the nice new Paradigm shopping complex near Kelanajaya. 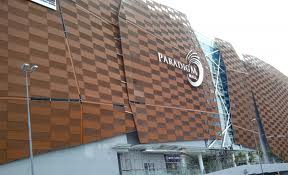 We watched Bourne Legacy. Quite good actions but an overall mediocre movie.

What however really spoiled the evening was after the movie we found out that the shopping complex was managed by stupid monkeys.

They don't allow the cinema patrons to get to their car parked at the basement except by going via two lifts which could accomodate only about 15 people at any one time.

It was a Saturday night and there were hundreds of people forced to wait for the lifts. And the Nepalese guards were of no help as they hardly speak English or BM.

It took us more than half an hour to get into one of the lifts.

It did cross my mind, what if there was a fire or something of a disaster of that sort.

Well, I am not going to go there anymore.
Posted by BIGCAT at 14:32