Was so tired last night that I fallen asleep rather earlier than usual. Now I'm awake too early and as I'm writing this, its 3am. Actually I planned not to post anything for another at least 24 hours so that the Bank Negara's Bafia exploit could be the highlight of this blog for awhile longer. But now I'm just itchy to write something.

Well, this time I want to write about something I'm not really familiar with - Kedah politics. Ok, actually I know a bit about it because I did spend some years in the north, but that's such a long time ago.

What prompts me to write this was a conversation I had the other day with a friend who is a Pas supporter. He claimed to know about Kedah. He said that it's almost certain that Pas is going to replace MB Ustaz Azizan and put a younger man in his place after GE13. He said Azizan is causing factionalism within Kedah Pas and that he has been doing things as an MB not in accordance with the wishes of the party. In fact, some of his actions were said to be suspiciously very "Umnoish".

Ok, I think I had heard all these before. But then came the part which got me feeling that the people of Kedah are being accorded the status of dumb lesser ape by Pas. My Pas friend said that the most suitable person to replace Azizan is this man - 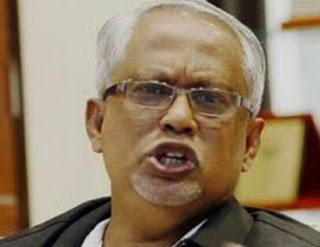 Yes, that's Pas vice-president Mahfuz Omar. I was like....eerrr, isn't the fella never went beyond SPM education? Well, my friend don't really like my tone when I asked that and went on a lecture of how Mahfuz had improved and done well for himself as he rose through the party rank over the years. Knowing the way my friend is, I just kept quiet. You see, when a Pas person starts to give you a lecture about his/her party or leaders, you better shut up. Otherwise the lecture will degenerate into a heated debate and then deteriorates into a full fledge fight. I went through this several times and can't be bothered to go through such nonsense anymore. If my Pas friend want the former airport worker as an MB, then he can go ahead and have him as an MB. After all, I'm not in the business of educating idiots. My only worry for him was that I heard that Mat Sabu was interested to contest somewhere at his old haunt in Kuala Kedah. I think Mat Sabu will be interested to become Kedah MB too. If Mahfuz can habe such an aspiration, why then not Mat Sabu? After all, Mat Sabu being the Pas deputy president out ranks Mahfuz who is a vice-president. Mat Sabu also went beyond SPM education. He studied in ITM (now UiTM)....eerrr, I think if I'm not mistaken, he never finished his studies there. But still, better than Mahfuz la.

Ok, on the BN side, I think the best candidate to be the MB is this guy -

not as handsome as his dad, but ok la...quite educated and pleasant also. 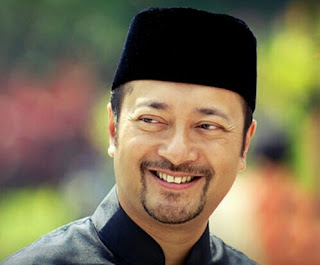