Of my favorite bird and Pakatan christians

Woke up early morning again. Guess I'm still in bulan ramadan mode of automatically waking up for sahur. Doesn't matter....it's always good to be an early bird. In fact I almost named this blog after a bird - the Butcher Bird. They named my favourite Second World War plane after this small bird. Yup, I got weird interests.... 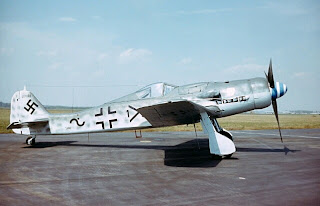 Anyway, I always enjoy the cool morning fresh air...though here in KL the air doesn't seem to be fresh at any time of the day...JB's air better lah. Oh, talking about fresh air, the best fresh air I have ever had was during a spring somewhere in Somerset, south western England. The air was so crisp and fresh during that time of the year there. They said it's the wind blowing from the Atlantic Ocean.

Well...what is it that I'm really trying to say in this posting ya? Forgot pulak.... Sometimes I get so easily distracted leh....:-)

Ok, actually I wanted to write about the allegations that the Christian Anglophiles were plotting to take power in this country. Bloggers who had written about it range from the likes of Big Dog to Helen Ang and even the ultra Chinese shuzheng.

Yes, I know, it sounds absurd, especially among the trendy urbanites who celebrate Christmas just to prove how trendy they are. But this perceived threat has been a concern of the Malay muslim community since way back before Merdeka. Conservative Muslim parents back then were wary about sending their children to the missionary schools for fear of their children being converted to Christianity. This fear however subsided over the years and missionary schools these days are more or less the same as any sekolah kebangsaan.

However, reading through my fellow bloggers' writings on the matter, I can't help feeling concerned about how the Pas people are being so accommodating to their Pakatan allies, particularly DAP, which leadership are mostly made up of Anglophile Christians.  Just read the writings of popular Pakatan poster girl Hannah Yeoh to get an idea of how fundamentally christians they are.

Don't get me wrong here, I am not a Christian-hating Muslim person. Some of my closest friends are Christians, and they are mostly Pakatan supporters. My real concern here is on how these particular bunch of christians are using the faith to grab power in this country.

Just look at the way DAP conduct their campaign during the last Sarawak state election. They were clearly banking on using the religion to split the bumiputera votes as Sarawak's indigenous groups have a huge number of Christians. The DAP's tactics of exploiting the christian sentiments however only worked mostly among the Chinese community of Sarawak, causing a split between the mostly Pakatan-supporting Chinese in the urban areas and the BN-supporting bumiputera in the rural areas. The racial polarization of Sarawakians has become very defined since then.

Somehow, it's even more worrying when some churches seem to be supportive of  these Pakatan christian leaders. Some of the churches most senior officials had issued statements to that effect and these had been highlighted several times by the bloggers I mentioned above.

These active political moves by these bunch of christians however seems to worry the traditionalist non-Malays such as Helen more than the Malay Muslims majority. The Pas people seem confident that they will be able to dominate the DAP and PKR Christians once they take over power in Putrajaya. After all, they believe they got the numbers and the jihad spirit. If the christians get overboard, they seem sure they can just wipe these christians out. My bet however is that their christian friends of convenience are not idiots and they have a perfectly good plan on how to subdue these less intelligent Pas people when the time to do so comes along. Even now they seem to be on top of things with the Pas people bending backwards to please them.

As for the traditional Chinese such as Helen and shuzheng, they are right for being concerned about the future of their Chineseness. The christians are slowly but surely chipping away at their traditional way of life and beliefs. Being christians are becoming more fashionable among the young Chinese. For instance, my chinaman, despite being a Taoist, reads the Bible regularly because his friends do so. He however remains a very traditional Chinese and resisted the temptation of adopting one of those funky christian names such as Andy, or Leslie, or Ricky. Oh, and he also celebrates christmas for trendy purposes too, much to my irritation.

And indeed these Christians are more subtle in spreading their faith and way of life. They make themselves so dear and acceptable to you first before proceeding to other things. 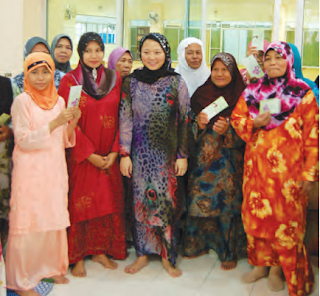 Well, I hate to sound like an alarmist, but I do remember a close friend of mine in college making a remark once, about how he wished all the Chinese in this country are christians.

"We could then be a real political force. Right now it is quite difficult with some of these Chinese still praying to the moon la...and believing in all sorts of nonsense," he said. I remember that he said that around Chap Goh Mei time.

Well, I think these days, my friend's wish sounds very viable indeed. If the Pakatan christians continue to play their cards well, there is a possibility that he may get what he wished....or even more....a Crusade war in this country. No kidding ya. You think those crazy Pas people don't wish for their version of the same thing? Go jihad and paradise is guaranteed....and this is the really killing people jihad variety, ok?