A friend bought me a laptop

Ok, I think I better come clean about this. Otherwise, my conscience would not be clear. Those who think that I'm now corrupted after reading this posting may consider themselves warned and therefore may stop reading this blog.

This is why  -
Today, an old friend bought me a laptop. 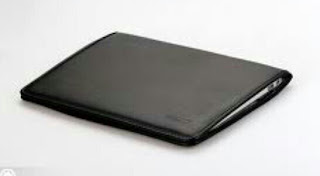 It turned out that this friend of mine whom I only met once in awhile over the years have been reading this blog and had correctly identified me as its owner. He felt pity for me because I had in several of my postings been bitching about not having a proper laptop. Honestly, I had tried to save to buy one myself but can't seem able to do so. There was always something else which required me to spend the money I'm trying to save for the laptop.

This friend, who is also my senior didn't say much. He just called me to meet him at a computer shop, chose one which he think was suitable, and bought it. He simply won't take no for an answer. At that point I know I can't refused his generous gift without offending him.

"Don't say anything. Just take this and use it. Don't think too much about it," he said.

Ok, I am considering this laptop as a gift. Thanks my friend.

Anyway, my friend is neither a politician nor a businessman. He is just a makan gaji person like me. Except probably his salary was much bigger than mine that he could be so generous to spend such sum to help a less well off friend like that.

He assured me that he was not asking for anything in return.
"Don't worry. I am not going to extort you. You just continue writing what you believe in," he added.
Sincerely, I appreciate that very much.

Anyway, later I found out that the laptop is so changgih that I don't know how to use it. The manual just gave me a headache. Looks like I have to get an IT expert to teach me. If that also fail, I think I will sell it and buy myself a cheap netbook which usage I'm familiar with. The rest of the proceeds from the sale will go to charity. Well, better then letting it goes to waste, right?

By the way, I'm writing this using my old faulty netbook. What to do, it's like that lah for now.

Eh, the story not finished yet, but I'm too sleepy now. Past midnight already. Some other time lah.

Well, good night everyone.
Posted by BIGCAT at 01:24