It is becoming very clear now that the Pakatan people think  they can get away with anything.They think they can say or do anything and the rakyat will swallow the whole thing and continue to support them. That's how arrogant they have become after their gains in 2008 general election.

It however still came as a shock to me when DAP's Kota Alam Shah assemblyman Manoharan tried to politicise the defeat of national shuttler D Lee Chong Wei at the olympic finals. That's despite me knowing this Manoharan is the same one who mock our Jalur Gemilang and an Islamic cleansing rituals.

These sort of behaviour is becoming a norm nowadays with the Pakatan leaders.

The sad part of it all is that, their loyal supporters are giving them all sorts of excuses for their uncouth behaviour. They don't seem to care that what their idols are doing was undermining efforts to unite Malaysians.

Honestly, when I see someone doing his best for this country like what Chong Wei did, I totally forgot about his race, religion or political affiliation. He is just a good Malaysian doing his best for his country. I sincerely believe that Chong Wei didn't even think about the promises of financial reward if he had won that match. I believe his love for this beautiful country of ours is real. I believe his tears in defeat was tears for not being able to make us Malaysians happy with his victory. 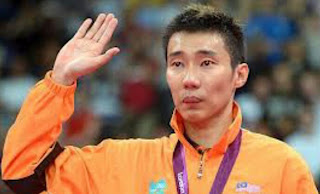 As for Manoharan, he would never understand Chong Wei's patriotism. Manoharan and others like him think that everyone are like them - selfish bigots who do every single thing in their life hoping for a quick return to satisfy their self interests. Manoharan and gang are the ones who went around asking the Queen of England to save them from the murdering Malay government - literally - remember? What could we expect from these sort of people? Vote them to power?
Posted by BIGCAT at 22:29