UPDATES
I never meant this posting to be political. Just a tribute to one of the country's best sportsmen.

But this monkey of a politician by the name of Manoharan got my blood boiling with his crap tweeting about Chong Wei.

You can read it here - A gold medal for Mano

It was heart-breaking. Chong Wei tried his best but the gold medal was just not fated to be his and Malaysians.

There were however moments when I was so convinced that Chong Wei could win. The support he got was great. I even saw someone in the stands waving a Brunei flag for him. He was for long spells playing superbly. It was not like that final match between the two in Beijing four years ago. Chong Wei went down fighting till the end this time.

Personally, Chong Wei is still a Malaysian hero to me  despite the loss. 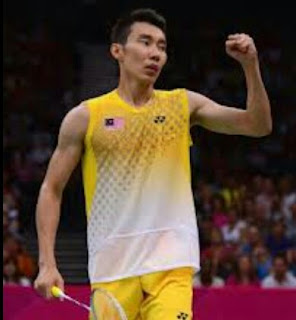 It was probably his last big match before retiring. Still Chong Wei will always be remembered as the shining beacon of Malaysian badminton of his generation.

He gave us something to cheer about all these yezrs as our other shuttlers fell short by the wayside.

Thank you Chong Wei, and all the best.
Posted by BIGCAT at 22:11