Politicising Pandelela and everything under the sun

Miss my sahur this morning. First time. Woken up by my little brother only at 6.30am. The poor boy called and asked me to visit him. He must be lonely living alone like that...ok, going to spend Raya eve with him.

Things are getting slow at work. Everyone are on raya mood. I think it's just an excuse to be lazy. Can't blame them, I'm also feeling the same. The politicians are however still active by anyone else standard. Everydy want to make statements...tak habis-habis. Ok, Najib I can excuse la, because he is the PM and needs to make government related announcements. The others however simply want to make noise...I think.

Can't they realised that most of us are gettting reallly tired of listening to them? 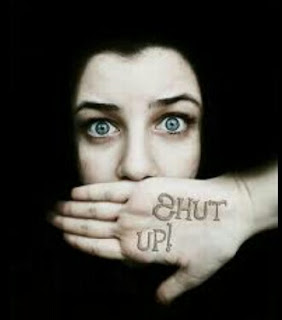 With the general election now expected to be held only next year, I think they should just give it a rest a bit, at least for raya.

No need la to politicise everything. Chong Wei also they want to politicise. Now that backfired, they tried to politicise Pandelela pulak. A friend who is a Pas supporter said Chong Wei is no good because too much hype. He instead hailed Pandelela as the real Malaysian deal. I totally agree with him about Pandelela as her achievement makes us all proud. But to thrash talk Chong Wei like that was quite unfair. Just because a DAP leader got burned for his insulting tweet about Chong Wei, now he is no good, is it? So teruk la. Anyway, since when do Pas people watch diving events at the Olympics? During Ramadhan some more. Not haram ka? Well, you know lah these people, everything also cannot if it doesn't serve their political purpose. Concert also cannot what. Whatever lah.

Got some more issues cooked up by these people but most seems stupid la. Like that Rafizi-Bafia thing, it's so clearcut simple. You break the law, which if not enforced will undermine our banking system, you neeed to pay lah. That one also cannot understand ka? What, you think just because you are PKR, you can do anything you want ka? Same like that PKR blogger who kena three month jail. You got court order not to post anything about Rais, you just don't post la. You still post for what? Stupid is it? Now go to jail buta-buta blame the government. Eh, moron, I know la that Rais is a bit of a babbon minister, but that order not to slander the primate came from the court la. Because it's the law not to simply simply accussed others like that. PKR people also not excluded, ok? That one also you cannot understand ka? How to run the country later?

Eh, this posting long already leh. That's the thing when I start rambling...can't seeems to stop. Well, I better stop here. Write long long also, who want to read la. Ok, You all take care. Until the next posting. Ciao :-)
Posted by BIGCAT at 08:35